According The Automobile Club d’Italia (usually known by its acronym ACI) There are 37Millions of automobiles registered and circulating in Italy.
One is my new Opel Astra Coupé Bertone / (for UK Vauhxall Astra Coupé Bertone ) my second car like this after 12  years
This Great Car comes from a Venice Car Dealer as surplus,it was registered on 2006 , due some business difficulty the dealer closed and sell this zero kilometers(84 Km when I check the Car) to another dealer close to Modena  and Reggio nell’Emilia at the end of 2014 . I was lucky to meet this offer on internet and after a short negotiation with the new dealer I change my older Ural Mountain Green Astra Coupè with this one (Same Engine Z18XE Euro 4 but last production of the Torino factory, 16″ wheels,Texas Black Seats)Light Grey Mirage new for less than 1/4 of the listed 2005 car’s price

This car is Special for me ,the History of BERTONE coachbuilder is special,so this change was less upsetting of what I thought ,who love cars and keep care of cars can understand 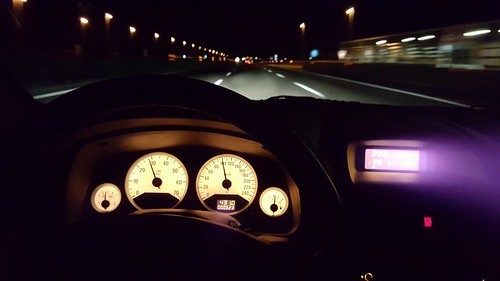 Bertone’s Factory ,coachbuilder, was founded by Giovanni Bertone in Torino on 1912;  some decades after his second son Nuccio Bertone became owner of this gem in to Italian car’s industy,surviving to both WWI and WWII.

Bertone factory is located in Grugliasco,north west Torino,is one of most modern car’s factory in this city,surpass Fiat Mirafiori plant,stand-alone plant in energy matter,can produce 100.000 cars a year and employ 1200 or more addicted to own work factory workers.

Bertone’s Painting section has no equal in Europe,despite the crisis Lamborghini is aiming this section for cataphoresis painting of Gallardo’s chassis.

On 2003 I became the proud owner of one of last Bertone’s production in association with Opel,the Astra Coupè ,and that’s doesn’t mean only have  a car with a name signed on a Body like was one of my childhood’s car wish(Lamborghini Countach);is a matter of inner quality,cx and special steels,the body only weight 256kg but has rigidness of 18000 Nm;So due nearness(I live near Grugliasco, 35 Miles),thanks God and other things in October 2003 I was able to visit the plant in Torino.I was amazed by the enthusiasm living in the lanes of this factory,the best technology possible,know how at the service of the traditions and quality;I visited all the process section from welding throught painting till assembling and polishing…amazing day have lunch with workers.

My Paint for say thank you to the After Sales Manager

Finally after 4 years of Darkness, due recivership , FIAT weirdly seem come to rescue show intrest for this plant,till now administred by dodgy as predatory men,that’s should mean O2 for all the workers and honor for one of most important Italian coachbuilder close to 100th year of anniversary .

I’m a profane in this kind of things but driving my car,visiting this factory and learning something to the past of this tradition I have understand a thing,warned by message from the past writtend by Nuccio Bertone in to 1969

Nuccio Bertone and the Lamborghini Countach*

*Its an Italian expression similar to the English “Phwooar”, has no real meaning but is an expression of appreciation. Countach pronounced (kuhn-tah) is an exclamation in english it would be something like holy f***ing cow! or holy $#!t

My car on west side of the plant

Fiat and  Sergio Marchionne has presented to press the new MASERATI’s plant named GIOVANNI AGNELLI born from BERTONE factory ,my hopes will be respected,I’m sure the cars  that will be produced from here  will be the best.

I’m happy for People working there ,they are the best and soon all of thems, 1000 workers(for now 500) will back to lanes.