I’M NOT A NETFLIX ADDICTED IN MY VIEW IS TOO MUCH EXPANSIVE AND THEY TREAT AUDIENCE LIKE WE NEVER BEEN AT THE MOVIES,ESPECIALLY FOR SOME RIPPED OFF NETFILX MOVIE SUBJECTS(AND ARE NOT BETTER IDEAS), HOWEVER THEY HAVE BROADCASTED , LISTED OR PRODUCED SOME REMARKABLE THINGS OR SERIES THAT I WOULD LOVE TO REMIND AND REALLY DESERVE THE PRICE OF THE TICKET. 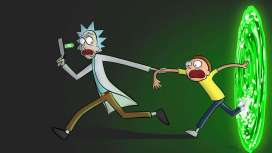 Force processing and Flashing ,Force Processing is also called pushing, is the more common of the two. The easiest way to explain this is that if you find yourself in a situation where you don’t have
enough light, you can underexpose the film and then ask the lab personnel to “push”it. They would leave the file in the developer longer, overdeveloping it. The staff atmost labs have substantial experience with this and can be quite precise in how theymatch up what you have done with how they process the film. Care must be taken
when you do this, however, because the quality of the image will change from the film
that has been normally exposed and normally processed. The film will have a different
Look, Leaving the film longer in the soup (slang for the developing chemicals) generally
increases contrast and creates more visible grain. As always, you have to think about
how the pieces will match up with other things you are shooting,
Most DPs push film because they are trying to achieve a specific effect. It is great
for producing a grainier, more abstract image. In cases like this, you build that stop
(or stops) of underexposure into your filming by changing the films El. This relates
to the concept of halving and doubling . Every doubling or
halving of EI represents an f-stop, and you change the El rather than make the mental
Computation each time.If you have a film stock normally rated at 500 EI and you want to push it two stops, what would the new EI be?
One stop would be 1,000, and two stops would be 2,000. If you rate the film stock at 2,000, you will automatically
be building two stops of underexposure into everything you film. You then tell the
lab to push the film two stops, and the lab compensates for what you have done by
leaving the film in the soup longer.